Dog Games: How to Start and Stop the Fun

Games are a wonderful way to build a strong and loving bond between you and your dog. The keys to successful dog games are developing a shared vocabulary, gaining control of when the game starts and stops and using a consistent reward system. Recent studies suggest high praise is a more effective reward than treats. Your approval is the best motivator.

Increasingly complex variations of hide and seek both entertain and challenge your dog while reinforcing obedience. Begin with a beloved toy that may already have a recognized name. Ask for a "sit/stay". Let your dog see you put the toy under a cloth. Give a command phrase containing the toy's name, such as "find bunny." Increase the complexity of the game by hiding the toy in new places, and then advance to naming and hiding new toys. To finish this game, use a stop command such as "all done" and follow with praise.

Do you avoid this game because your dog is an obsessive fetcher who, if allowed, would push the game to the point of exhaustion? These fanatic fetchers are more likely to stop if they have a hope of returning to the game soon. Call periodic time outs during the game using a word such as "rest", while a term such as "all done" signals the end of playtime. When playing any high-energy dog game, consider tracking your dog's exertion level by using the Wellness features on the LINK AKC Smart Collar. 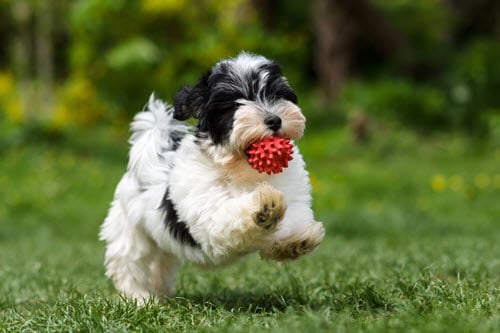 Tugging games are fun, but they do mimic predatory behavior. A rousing game can quickly get out of contrul. Use toys designed specifically for tugging and begin with a clear start command, such as "play grrr." To control your dog's excitement level, teach a pause command such as "drop it," followed by a "sit/stay" while you retrieve the toy. Use the "rest" command to indicate a time-out and "all done" to signal the end of the game. 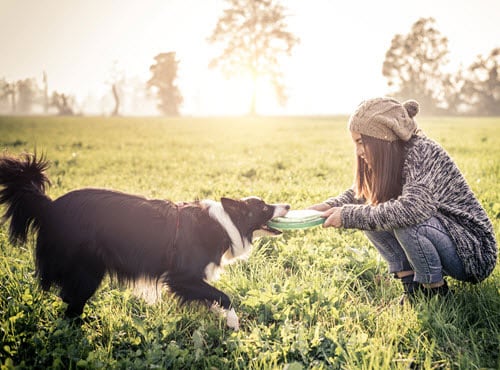 How to Help Reduce Your Dog’s Stress

How to Clean the Most Common Dog Messes

Updated: Can Dogs Get Coronavirus?