Does my dog see what I see, does he have good eyesight, is it true that he only sees the world in black and white? These are some of the questions we’ve all pondered when we see our dog peering off into the distance. Just what does he see with those eyes?

We put together five of the fascinating things we learned about a dog’s eyesight:

The world isn’t black and white through a dog's eyes: It used to be widely held that dogs were color blind. That has since been disproved. While dogs can see colors, their view of colors isn’t as vibrant as a human’s view. So that bright red color you see will appear as a shade of brown to a dog’s eyes.

My dog’s eyes glow in the dark and it’s freaking me out: This is caused because dogs (and cats) have a reflective layer called a tapetum behind their retinas. This is a collection of cells that reflects light that is not absorbed, ultimately giving the eye another chance to absorb it. The tapetum is what you see when you see your dog’s glowing eyes at night. It’s light that is reflecting off the tapetum, through the pupil and back to your eye. Dogs also see better at night, seven times better than humans in fact.

Your dog doesn’t have 20/20 vision: The average dog’s eyesight is akin to what we consider nearsighted as humans. Typically your dog will see what is 20 feet away with the same sharpness of vision that you see 75 feet away (assuming your eyesight is reasonably normal of course!).

A dog’s eyes are a window in to his health and well-being: Did you know that liver disease can be easily diagnosed during an eye exam? Liver disease in dogs is often accompanied by jaundice of the eyes, where the whites of the eyes turn yellow.

Other changes to your dog’s eyes to look out for are; changes to his pupil size, or different size pupils could be indicating some eye pain or other head injury, a cloudy eye could signal an infection, diabetes and a number of other conditions.

We recommend getting his eyes checked at least once per year. If you have a service dog, the American College of Veterinary Ophthalmologists runs free eye exam clinics around the country every year.

Our favorite thing about our dog's eyes? The excitement they exude when they see us after being gone from home of course!

How Many Calories Does Your Dog Need? 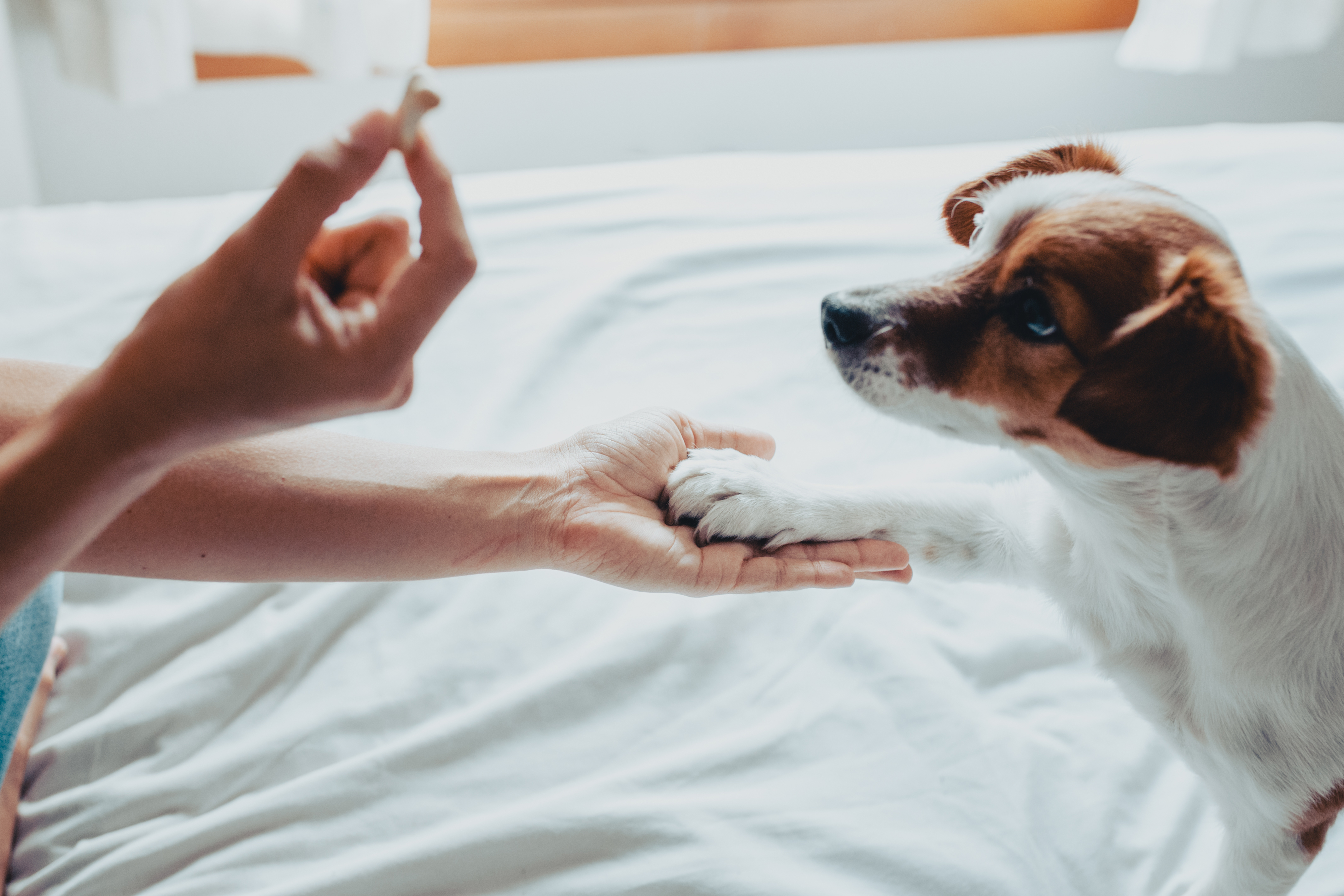 How Often Should You Give Treats to Your Dog?